Ownership of Bristol-based film company Aardman transferred to its workforce

Visitors to this site sometimes open the worker co-operatives directory which gives a few examples of co-ops financed by employee buyouts. On rare occasions the owner has given the company to its workers, for instance the company now known as the Scott Bader Commonwealth. Read more here. The supportive work of the Baxi Partnership should also be mentioned. 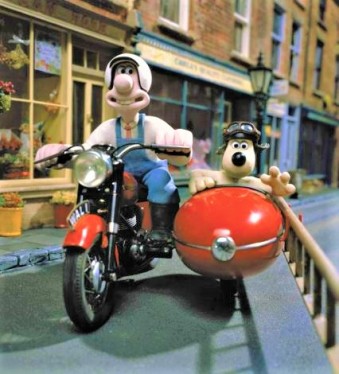 For 40 years, Bristol-based film studio Aardman have made movies and television shows featuring its stop-motion clay animations Wallace and Gromit and Shaun the Sheep.

Founders David Sproxton and Peter Lord have now transferred 75% of Aardman’s shares into an employee ownership trust, which will hold the shares on behalf of the140-strong workforce. The aim is to ensure that Aardman remains independent and to secure the creative legacy and culture of the organisation.

David Sproxton, who is currently managing director, says the question of what would happen to Aardman when he and Peter retired had been raised a few times by staff. For eight years he investigated various options before they decided in April 2018 that it was the right time to take the first step towards retirement.

Aardman’s senior management team will remain in their existing roles and will form the organisation’s executive board. Sproxton will continue as managing director and Lord will stay on as creative director and focus on the company’s feature film output, including a second Shaun the Sheep movie and a sequel to Chicken Run.

Peter Lord and David Sproxton: cropped from the Bristol Post

Law firm TLT advised on the transfer. Ben Watson, partner at TLT and leader of its employee ownership team, commented: “[We] are delighted to have been able to support [Aardman] in the move to employee ownership. The employee ownership model not only helps to ensure independence for the business, it also shares the rewards with the people who contribute to its success. With Aardman’s co-founders looking to the future, giving control of the business to its highly creative and long-standing workforce was clearly a very suitable and positive way to move forwards.”

The employee ownership trust, effective from 5 November 2018, is run by a trustee board, made up of independent appointments and representatives selected by the workforce and the organisation’s board. David Pester, TLT’s managing partner, has been appointed as chairman of the trustee board. 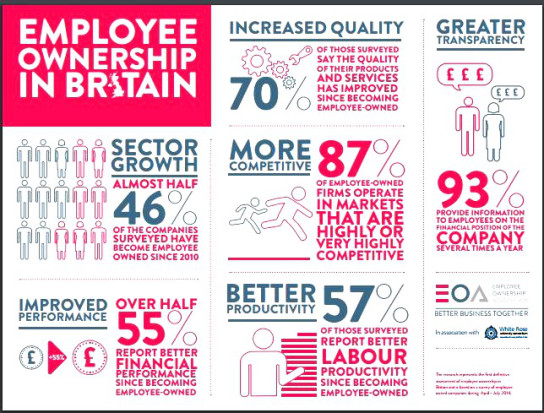 A joint statement released by Lord and Sproxton, ended: “The statistics show that employee owned companies are significantly more successful than conventionally owned companies. So we are very excited by the prospect of seeing Aardman roll far into the future under this arrangement and can rest easy that those four decades which have slipped by have paved the way for many more years of great creativity.”