You are invited to invest in Awel and own shares in a new Welsh wind Co-op. You can subscribe to this share offer for as little as £50.

Awel is a Community Benefit Society which will own and run two 2.35MW Enercon wind turbines on Mynydd y Gwrhyd, 20 miles north of Swansea. These turbines will produce clean, low carbon energy and are forecast to generate an estimated 12,558 MWh of clean energy a year, enough to supply over 2,500 homes. They started construction on March 14th 2016 with local company, Raymond Brown. The windfarm was completed ahead of schedule and the turbines were commissioned on January 25th 2017. They have now received our full FiT accreditation from Ofgem. 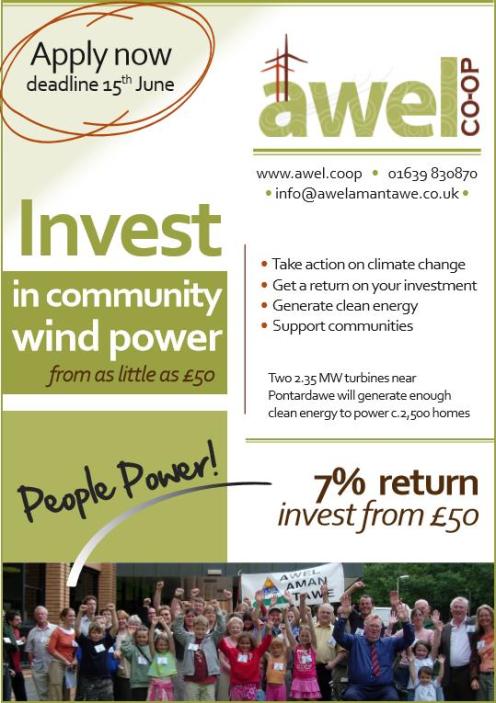 Carl Richards, Finance and Personnel Officer, writes: Any help you can give in publicising the Share Offer would be much appreciated.

“It is 13 years since WMNEG hired a mini-coach to visit the co-op when it was struggling to get the idea of a community wind farm accepted”. This visit related to the ‘Sustainable Housing in Small Heath’ project: report published in 2004. 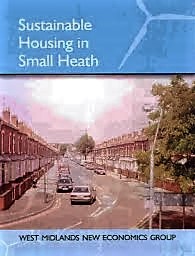 “Sustainable Housing in Small Heath” (2004) is the illustrated story of the year-long study into the application of renewable energy in an inner city neighbourhood.

After visiting projects in Leicester, South Wales and the Black Country and getting reports from a number of experts the group came to the conclusion that a ten-year programme was needed, starting with home insulation and energy efficiency and leading on to community wind turbines, photo-voltaic roofs, wood-burning stoves and combined heat and power plants. All of this could create many new jobs for local people provided the government offered new enterprises the right kind of support and created the general economic conditions for a renewable energy market to flourish in urban areas. The full version can be downloaded from www.sustainable-housing.org.uk“.