The  sale of the Co-operative Bank

News of the sale of the Co-operative Bank was a shock to its customers. In the Guardian Patrick Collinson, ‘money editor’, summarised the situation: the Co-op Bank is the only UK high street bank with a customer-led ethical policy, covering a range of issues from the environment to animal welfare.

The last article about the bank was top post last week, so its fortunes are evidently of interest to readers and visitors. 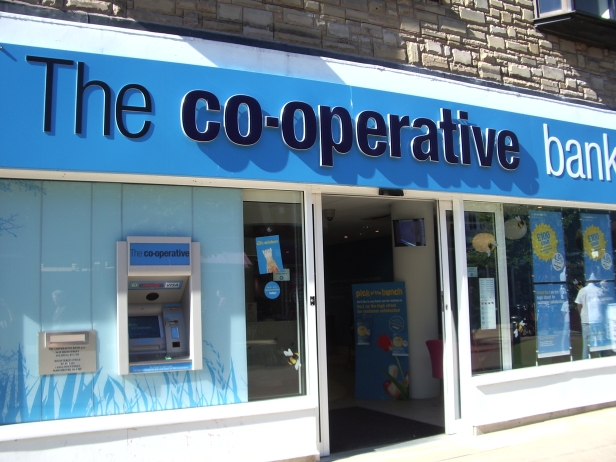 Collinson quotes James Daley of Fairer Finance; ”It has performed surprisingly well for its existing customers since its troubles a few years ago. Its customer satisfaction ratings have been improving, as has its complaints performance . . . it felt very much like it’s been in a time of recuperation and rebuilding. In the immediate future, I’d suggest that customers sit tight. As long as they’ve got no more than £85,000 with the bank, there’s no material risk to their money”

Liam Coleman, who joined after working for RBS and Nationwide and was part of the 2013 turnaround team, says that the number of current account holders has fallen from 1.5 million to 1.4 million but the number of mortgage customers has actually increased from 175,000 to 225,000. Investegate, whose text is legible but not reader friendly to non-subscribers, gives further useful information.

Engineer Shaun Fensom, who co-founded Poptel and is involved with several ethically based organisations, set up the Save Our Bank campaign. He wanted to make sure the bank kept its world-leading ethical policy and ultimately return to majority co-operative control. Within a few months over 10,000 bank customers had signed up to the campaign and many joined its  Customer Union for Ethical Banking.

As a customer of the Co-operative Bank and enthusiastic supporter of its values, he acknowledges there have been management failures and that it was “badly run and overstretched”. But he believes existing customers should stay and fight to maintain its principles: “We are saying that now, above all, is the time to join the customer union. We want to see the ethical policy stay in place because without it the bank will be doomed. It would be a commercial disaster to drop it. I certainly don’t want to move my account. I want it to be a successful, customer-led ethical bank.”

Fensom pointed out that, in the wake of its disastrous merger with Britannia building society and near financial collapse, the bank asked members about revising its ethical policy – and the response was that customers wanted a strengthening, not weakening, of its ethical stance.

Triodos Bank has the strongest green and ethical credentials among the rivals to Co-op Bank. Indeed in one respect it goes further, saying it will only lend to organisations “who put people and the planet before profits,” and publishes details of all its borrowers. This week it announced that its long-awaited UK current account will open for business on 26 April, but Triodos has no high street branches.

Stuart Coe, chief operating officer of umbrella group Co-operatives UK and a Co-operative Bank customer, believes that any buyer will have to maintain the values the bank has championed. Many customers would add that this is not only an ethical imperative, but its only hope for a viable  future.