The Co-operative Group has 2,800 local, convenience and medium-sized stores and other businesses: the UK’s number one funeral services provider, a major general insurer and a developing legal services business. It also has a minority shareholding in The Co-operative Bank and a joint-venture travel business with Thomas Cook.

The general public does not realise that there are also twentyone co-operative retail societies independent of the Group, listed on this informative Wikipedia website and indeed hundreds of worker co-operatives (some listed here).

The Business Desk reports that profits at the Co-op Group more than halved to £17m in the first six months of this year, as the group continues with its three-year plan to rebuild the business. The ‘latest bump in the road’ was news of a further 200 job cuts in Manchester and Stockport, which it said was due to continued low interest rates affecting its money-making potential. 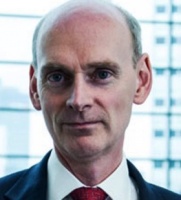 Speaking to an audience at the CBI North West annual dinner at The Point in Old Trafford, Manchester, the Group’s chief executive Richard Pennycook said the signs of what was to come for the Co-op were there before 2013, but no one listened until it was almost too late – just like the politicians who did not foresee Brexit or Trump’s victory. He said:

“A financial crisis was followed by a reputational crisis, when it was revealed that the chairman of the bank had been a layman with little knowledge of banking but a lot of knowledge of how to throw a party. These crises nearly killed the Coop, and did result in half the assets accumulated over 170 years being written off – a loss of £2.5bn. All the signs of impending crisis were there before the downgrade, but no-one internally was listening. Sir Christopher Kelly, who produced the independent report into what went wrong, called it ‘a failure of management and governance’.”

Earlier this year Mr Pennycook, whose pay ‘seems to be exceptionally high” as Jim Lee, a former secretary of the Scottish Co-operative party said, took a voluntary £500,000 pay cut. This was, perhaps, related to his request to reduce by 60% his salary and rewards package (said to be a total of £3.59m last year including an annual bonus of £1.12m).

Jim Lee suggested that – according to a tradition observed in some worker co-operatives today – executive pay should be limited to a multiple of that earned by the lowest-paid workers within the Co-op and that members should be given more say over remuneration.