In short: “We have got to re-design the whole food system because frankly it is environmentally crazy”. 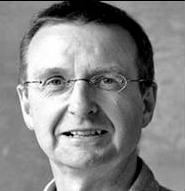 Professor Lang was the first to coin the term ‘food miles’ – in the 1990s – to describe the distance groceries travel to reach us. He was invited to set up the London Food Commission in the 1980s with the Greater London Council, which did some of the earliest work on the effect of food poverty. He has been a consultant to the World Health Organisation, a special advisor to four House of Commons select committee inquiries on food standards globalisation and obesity and was on the Council of Food Policy Advisors to DEFRA.

“At a time of growing interest in locally sourced food, Lang thinks there should be far more support for producers supplying direct to local stores. He says: “I think the co-op has lost its way a bit. Back in the 19th century, the first co-operators led the movement against the adulteration of our food and sourced local food which everyone could afford.

“Unfortunately, the Co-operative Group has gone down the road of emulating the supply chain model of its major competitors with regional distribution centres and centralised supplies . . .

“But our food supply is being more and more standardised by very powerful companies. There are more local artisan and special interest foods, so we have come a long way, but small producers are held back by lack of access to land, ownership of which is dominated by large landowners.”

“In 1994, the Group set up the Responsible Retailing Code, building fair and sustainable relationships with suppliers across its whole supply chain across the world, also leading the way on Fairtrade. It was pioneering stuff, but we need to be building upon that knowledge and working for more sustainable food thinking concerned with the future of biodiversity and our eco-systems . . .

“Like the other major retailers, the Co-operative Group goes for cheap meat reared on cereals. Around 40 to 50% of our cereals are fed to animals”.

“We don’t need supermarkets offering 35,000 lines or people working hard to earn enough money to buy a car so they can drive to the local hypermarket. . . We need to establish a good food culture which is also good for the environment. 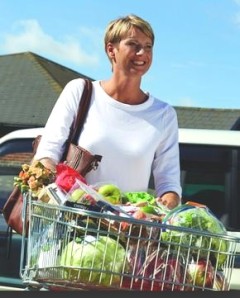 Marie-Claire Kidd reports in the news that some co-operatives are already providing some local choices for their consumers: John Lewis’ Waitrose stores, East of England Co-operative, (opposite) which has nurtured 140 local suppliers, ploughing more than £25m into its region’s economy since 2007 and Lincolnshire, whose Love Local range, rose by 11%, as well as hundreds of community-owned stores, are providing local choices for their consumers.

A recent IGD survey shows that 36% of shoppers bought products from their local area or region in the past month; 78% said they would buy more British food if it was available.

Vanessa Henry, shopper insight manager at IGD, said that this is a long-term trend, with support for local produce increasing significantly during the downturn as shoppers wanted to support their communities during tough times. She added that people are keen to buy British produce and support the local economy – keeping their pound local.

Earlier in September this year, the Co-operative News reported that a Co-operative Group project team is working to increase local food sourcing, following its promise at the May AGM that it would become a leading supporter of local and regional food producers by May 2015.