Appointed: the only Co-operative executive this site has admired 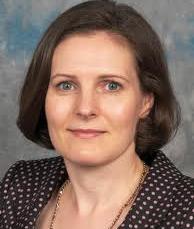 Just announced: Ursula Lidbetter, currently group deputy chair and chief executive of the Lincolnshire Co-operative Society, is to become Chairman of the Co-operative Group as Len Wardle has resigned ‘with immediate effect’.

Yes – a titan in localist, ethical and co-operative terms which are not valued in the greed-ridden city world.

An earlier page written by Ms Lidbetter is copied here for new readers, from https://concernedcooperators.wordpress.com/articles-informative/commercial-confidentiality-versus-co-op-democracy-ursula-lidbetter/

In the 1990s the society was involved in an idea to form a new university for the county of Lincolnshire and our board concluded that a very large contribution from the society would be instrumental in achieving this new academic facility for the area.

It was proposed to give £1 million over a ten year period. Although there was nothing in our rules to prevent this decision being made by the board, the members were consulted because of the scale of the proposed contribution.

We arranged a roadshow that went round the county to all six of our members’ meetings. The university project team and the society presented the proposals — including the funding schedule — and asked members to vote.

Many questions were asked and, after due consideration, the membership was overwhelmingly in favour of the proposal and so we went ahead. We now have a well established University of Lincoln and the society is rightly proud of the part we played in its foundation. 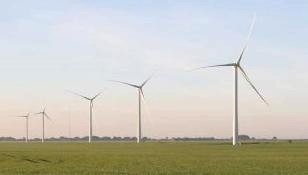 The second example is a request we recently received from the Fenland Green Power Windfarm Co-operative, which was setting up in the south of Lincolnshire. They asked whether we would subscribe to some of their share capital to give a lead for others in the community to follow.

Our board considered that this was potentially a worthwhile cause, though not necessarily a commercial investment in the normal sense. The society was also conscious there were strong views on both sides of the windfarm debate. We determined that our members would be our guide.

In our members’ magazine, which is mailed out to 70,000 homes, we put a balanced article about windfarms and asked members to let us know their views. We received many responses and almost all were in favour. We followed this with a presentation from a representative of Baywind Co-operative at our members’ meeting.

This attracted a large audience with many contributions from the floor and again a very positive response from members. On the basis of this consultation we went ahead and invested £100,000 in the Fenland Green Power Co-operative and are now pleased to see the blades turning and producing green energy for our community.

This is the first genuine good news from the Co-operative Group for a very long time. We send good wishes to the new chairman in the huge task facing her.