Have banking and food stores “expanded in the wrong areas“ ?

An email from a concerned co-operator said that Robert Peston had announced that the Co-op was pulling out of banking. Though it has decided to sell its general insurance arm, CEO Peter Marks is adamant it would remain present in consumer finance. “We’ve been in banking for 150 years and we intend to stay in banking.”

“Food sales were down 0.7 per cent on a like-for-like basis, including VAT but excluding fuel. Overall, the group reported losses before payments to members, the equivalent of pre-tax profit for a plc, of £599m in the 53 weeks to January 5 . . . Gary Greenwood, analyst at Shore Capital comments: “It just looks like an organisation that has expanded in the wrong areas . . .“

Yes indeed: it should follow the lead of Ursula Lidbetter, Lincolnshire Co-operative’s innovative chief executive in stocking a wide range of local food. 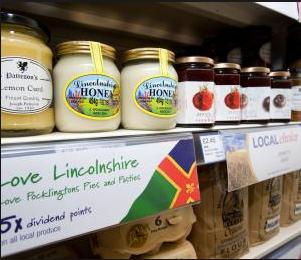 Its meat procurement policy “which supports local farmers and reduces food miles” has a Business in the Community Award for Excellence.

Co-operative stores in this part of the West Midlands are not attracting those who are aware of the risks inherent in non-organic dairy products and those vegetables which can be permeated with pesticides.

The Co-op and other stores should also reconsider their acceptance of GM animal feed because this is available to buyers who will offer reliable contracts to producers, as many Europeans do, instead of gambling on a cut price on the ‘spot’ markets.

1 Response to Have banking and food stores “expanded in the wrong areas“ ?